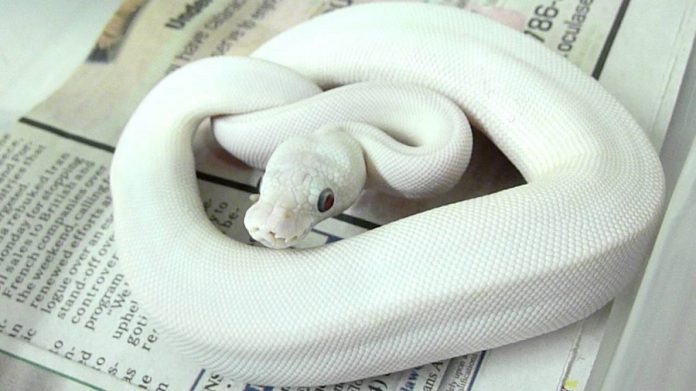 What is Python btw?

Python is an interpreted, object-oriented, high-level programming language with dynamic semantics. Its high-level built in data structures, combined with dynamic typing and dynamic binding, make it very attractive for Rapid Application Development, as well as for use as a scripting or glue language to connect existing components together. The Python interpreter and the extensive standard library are available in source or binary form without charge for all major platforms, and can be freely distributed.

So why we should choose this beautiful creature?!

Stack Overflow’s community-created question and answer data confirms the incredible growth of the Python ecosystem and tries to determine why it growing so quickly with their own analysis.

The TIOBE Index, a long-running language ranking, has Python moving up the charts to #4, climbing from #8 just a couple years ago.

The PopularitY of Programming Language (PYPL), based on leading indicators from Google Trends search keyword analysis, shows Python at #2.

Python is an easy-to learn language and provides a stepping stone into the world of programming. Python’s simple and straight-forward syntax also encourages good programming habits, especially through its focus on white space indentation, which contributes to the development of neat looking code. Also we can say Python is reader friendly (English) as it understands that a lot of time is spent on reading code and hence it Python code is readable.

As Python typically involves less code, it also takes less time to complete a job. Thankfully for the client, this also means less money. Many programmers believe that the main benefit of writing in Python is the little effort which is required compared to other languages, such as C++ or Java. Since Python does not require a lot of written code, it allows developers to work quickly; even a small team can handle Python effectively.

A traditional (but not precise) way to compare programming languages on this is to compare a “Hello, World!” code. Python’s one is as simple as:

How many languages you know they got the same or less code?!

As you step into the programming world, you’ll soon understand how vital support is, as the developer community is all about giving and receiving help. The larger a community, the more likely you’d get help and the more people will be building useful tools to ease the process of development. Millions of programmers and supports work on a daily basis to improve the language’s core functionality and features. There are not many open source communities out there, which is as devoted as well as expansive as Python.

PyPI – Python package index contains third-party modules that makes Python proficient in the interaction of other languages as well as platforms. It provides large standard libraries that include the areas like string operations, Internet, web service tools, operating system interfaces and protocols. Most of the highly used programming tasks are already scripted into it that limits the length of the codes to be written in Python.

As a dynamically typed language, Python is really flexible. This means there are no hard rules on how to build features, and you’ll have more flexibility solving problems using different methods (though the Python philosophy encourages using the obvious way to solve things). Furthermore, Python is also more forgiving of errors, so you’ll still be able to compile and run your program until you hit the problematic part.

World leading companies are increasingly choosing Python as their preferential language. Of course, the vast majority of IT giants, including Google, Dropbox, Spotify and Instagram are using it. However, the trend has spread far and wide into industries such as science, gaming and graphics, meaning companies such as NASA, Electronic Arts and Disney have made it a central part of their systems, which has to tell you something!

We all know Linux as a highly customizable operating system, but among all of those Linux distros out there there is one...
Read more
Blog

During many years of working as Python developer and tester, I have seen many ways to deal with testing. Having many choices...
Read more
Blog

Apache JMeter and Locust are two of the most well-known and popular load testing tools used by testers and developers in many...
Read more

This site uses Akismet to reduce spam. Learn how your comment data is processed.

I believe that learning and experimenting are the keys and the common thread for my life and career. Knowledge and experience are the wings that allow me to fly. And I am grateful to still be at the beginning of a fascinating journey of discovery!

We all know Linux as a highly customizable operating system, but among all of those Linux distros out there there is one...
Read more

During many years of working as Python developer and tester, I have seen many ways to deal with testing. Having many choices...
Read more

Apache JMeter and Locust are two of the most well-known and popular load testing tools used by testers and developers in many...
Read more

For many years I used to use Selenium webdriver and Appium (was Selendroid) for testing web applications. Since I was satisfied working with Selenium...
Read more