JMeter vs Gatling, A Quick Comparison 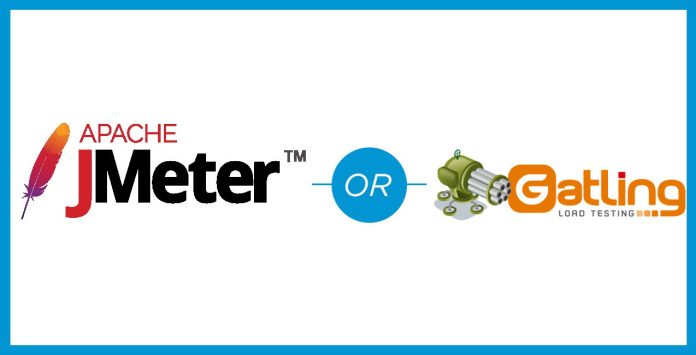 First thing’s first: I got another article titled”JMeter or LoadRunner? That is the Question!“; worth to have a look.

what is load testing and what is performance testing?

When talking about these two (kind of) similar concepts, they may taste similar to each other but they are slightly different:

When we talk about performance, we are talking about Time and timing; but talking about system Load is the matter of how much user/process/activity a system can handle for us.
Performance testing seems to me to be much broader than load testing. or Load testing is usually focused on metrics like requests per second and concurrent users (the cause); whereas performance testing is more concerned with response times (the effect)
So we may say:

Performance Testing means “how fast our system works?” and Load Testing is “how much volume can our system process?”

So who are JMeter and Gatling?

And Gatling Corp claims:
“Gatling’s code-like scripting enables you to easily maintain your testing scenarios and easily automate them in your continuous delivery pipeline.”

Comparing these tools does not necessarily means we have to select one of them (since it’s really hard to choose between these two amazing ladies!) but will give us more details on them.

Measurement and Metrics in Software Development